Val was born 1976 in Slovenia, former Yugoslavia. He spent his childhood in the small
country village of Zasip.
Much of his childhood was spent being mocked by his schoolmates for his freckles.
While growing up living with his mum and nan, he struggled to express his true identity.
Val met his father for the first time when he was 14. When he was 26,
he decided to choose life and come out as gay.
He flew away from the suffocating local environment and left a good job
in the city before he turned 30.
He then set his mind to moving to London in a search of a boyfriend, even perhaps a husband.

Val, which is short for Valerij, means "wave" in Slovenian. And this wave travelled
the world in search of love.
From the Slovenian capital city, Ljubljana, through to Bled and the Bosnian capital, Sarajevo, before venturing on to Belgrade,
London, New York, Ibiza, Paris, Madrid and Sri Lanka …
Now, Val has returned with The Freckled Owl to tell us a story with the power of an ocean:
​ love makes life worth living!
And everybody deserves to feel it. 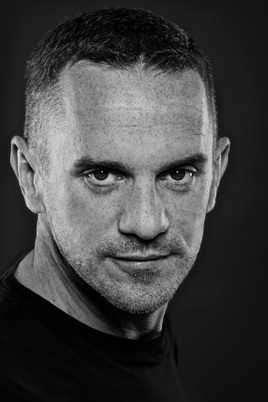